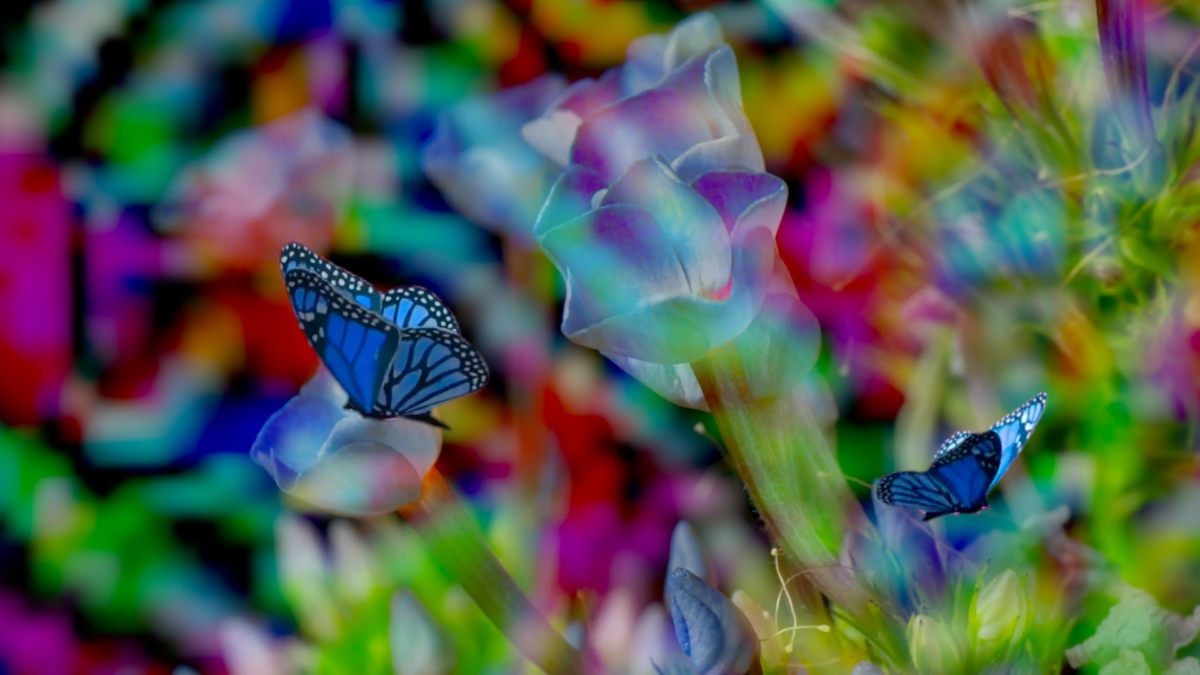 BUTTERFLY DREAMS
The exhibition Butterfly Dreams consists of two video works: Butterfly Dreams (2022) and For The Left Hand Alone (2017)
Butterfly Dreams (2022)is based on the Taoist parable, The Butterfly Dream, from the Zhuangzi (莊子), a text from the Warring states period in China (476-221BC). In the story, the philosopher Zhuang Zhao dreams that he’s a butterfly. But when he wakes up he realizes that he had been dreaming. But was he a philosopher dreaming he was a butterfly or a butterfly dreaming he was a philosopher?
The parable poses a larger philosophical question: how does one understand the nature of reality? If the dream feels real enough, how do we know if we are dreaming or awake? Technology has become mode from which we understand and interact with the world; with the real and the virtual collapsed through a myriad of devices, data and alternate narratives. One reality often masks as another; this lack of distinction is the butterfly dream we are living in.
For The Left Hand Alone (2017) is a video installation which uses the metaphor of phantom limb syndrome to explore themes of fragmented realities in a time when bombardment by digital information leaves many people feeling physically and mentally disconnected and disenchanted with reality.
In an experience of a phantom limb, a person is haunted by what once was: a limb, now amputated, continues to aggravate the mind like an uncatchable itch. The phenomenon is considered to be a neurological condition—a hallucination rather than a fiction—a set of feelings that no longer correspond to a material reality. In an increasingly technologically mediated world, we are exposed to a multiplicity of objects, affects, and bodies. They all claim authenticity, and yet they remain phantoms; images and representations that can be felt, but never embraced.
Set to the musical commissions of Paul Wittgenstein (a one-handed pianist), For the Left Hand Alone frames phantom pain as an unrequited longing, an incomplete figure, and the feeling of uncertainty in an increasingly disembodied world.

Pacific Crossings (PC) is a curatorial initiative, co-founded by four British Columbia based curator/director in 2018. It aims to create platforms of dialogue and exchange in numerous forms including visiting curatorial/artistic research residency, Online talks and lecture, screening events, workshop and exhibitions.
In January 2019, PC invited Nozomu Ogawa for a first curatorial residency for two weeks in Vancouver and Nanaimo. Based on that visit, we launched a flexible form of artist/curator residency exchange project. Karilynn Ming Ho is the first artist in residency, hosted by Art Center Ongoing (funded by PC), who explore her artistic research on Emotion on AI technology in Japan. Upon Ming Ho’s residency and a solo exhibition held at Art Center Ongoing, we co-present her artist talk, follow by a round table “Brain-storm discussion” examine together about future exchange ideas between Ongoing collective members and two Pacific Crossings co-founding members, Makiko Hara and Shaun Dacey.
PC is planning to continue this exchange with Art Center Ongoing until 2025 in various forms and will celebrate of 6 years exchange in a final presentation in British Columbia. The final presentations in 2025 will be determined by the initial collective conversation of this event, so please join and share your ideas and wishes with us.

Karilynn Ming Ho
Karilynn Ming Ho is a Vancouver-based interdisciplinary artist working with video, performance, multimedia installation, sculpture, and collage. Her work draws on existential themes as a means to examine formal and conceptual ideas around screen culture, technology, performativity, and the body. Ming Ho has exhibited in solo shows across Canada including the Glenbow Museum, Calgary; Trinity Square Video, Toronto; Optica Centre d’art Contemporain, Montreal; and Khyber ICA, Halifax. Her work has been screened widely in film and performance festivals in Canada, the US, and France.

Makiko Hara
Makiko Hara is an award-winning independent curator, lecturer, writer, and art and cultural consultant based in Vancouver, BC. From 2007 to 2013, she was the Chief curator / deputy Director of Centre A —Vancouver International Centre for Contemporary Asian Art. She has worked with many visual artists on a variety of projects as an independent curator, including: Scotia Bank Nuit Blanche, (Toronto, Canada, 2009), AIR YONAGO, Tottori Geijyu Art Festival (Yonago, Japan, 2014-15), Fictive Communities Asia-Koganecho Bazaar (Yokohama, Japan, 2014), Rock Paper Scissors, and Cindy Mochizuki, (Yonago City Museum of Art, Tottori, Japan, 2018). Hara was appointed to the Advisory on International Exchange Center, Akita University of Arts, Akita, Japan in 2017-2020. Hara is a co-founder of Pacific Crossings, BC based curatorial platform since 2018 that has initiated and organized numerous conversations, residency and online /off line cultural exchange across the pacific. Hara found My Kitchen Anthropology Museum in 2020 in responding to the Covid 19 Pandemic lockdown, and hold Hank Bull and Marcia Crosby solo exhibition to date. Makiko Hara received The Alvin Balkind Curator’s Prize in 2020.

Shaun Dacey
Shaun is Director at Richmond Art Gallery, located in Richmond, BC, Canada. Shaun has curated numerous exhibitions considering the specific histories and cultural contexts of Richmond with artists such as Karen Tam, Jon Sasaki, and Brendan Fernandes. Previous to that he was Curator at the Contemporary Art Gallery, Vancouver, where he produced a range of exhibitions, educational initiatives, and off-site projects. He developed CAG’s Burrard Marina Field House Studio residency program, nurturing expansive projects with artists such as Krista Belle Stewart, Keg de Souza, Maddie Leach, Walter Scott, and Marie Lorenz. Dacey holds a Master’s degree in Critical and Curatorial Studies from the University of British Columbia, and has written for various publications including e-flux among others. He also enjoys baking and long hikes in the mountains. This is Shaun’s first visit to Japan!

Nozomu Ogawa (Moderator)
Born in 1976, Tokyo. Director of Art Center Ongoing. Graduated from Musashino Art University in 2001, then achieved a master’s degree of Graduate School of Interdisciplinary Information Studies, The University of Tokyo. He has held a large exhibition every year from 2002 to 2006, building a unique network of artists who have publicly applied for the exhibition. Base on this network, he launched Art Center Ongoing, an art complex, at Kichijoji in 2008. He also serves as Chief Director of TERATOTERA, an art project from 2009-2020, being actively involved in the programs deployed mainly in the area between JR Koenji station and Kokubunji station. 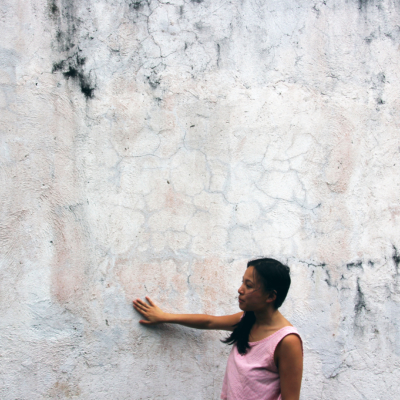