Anonymous Women -Not the one concerned 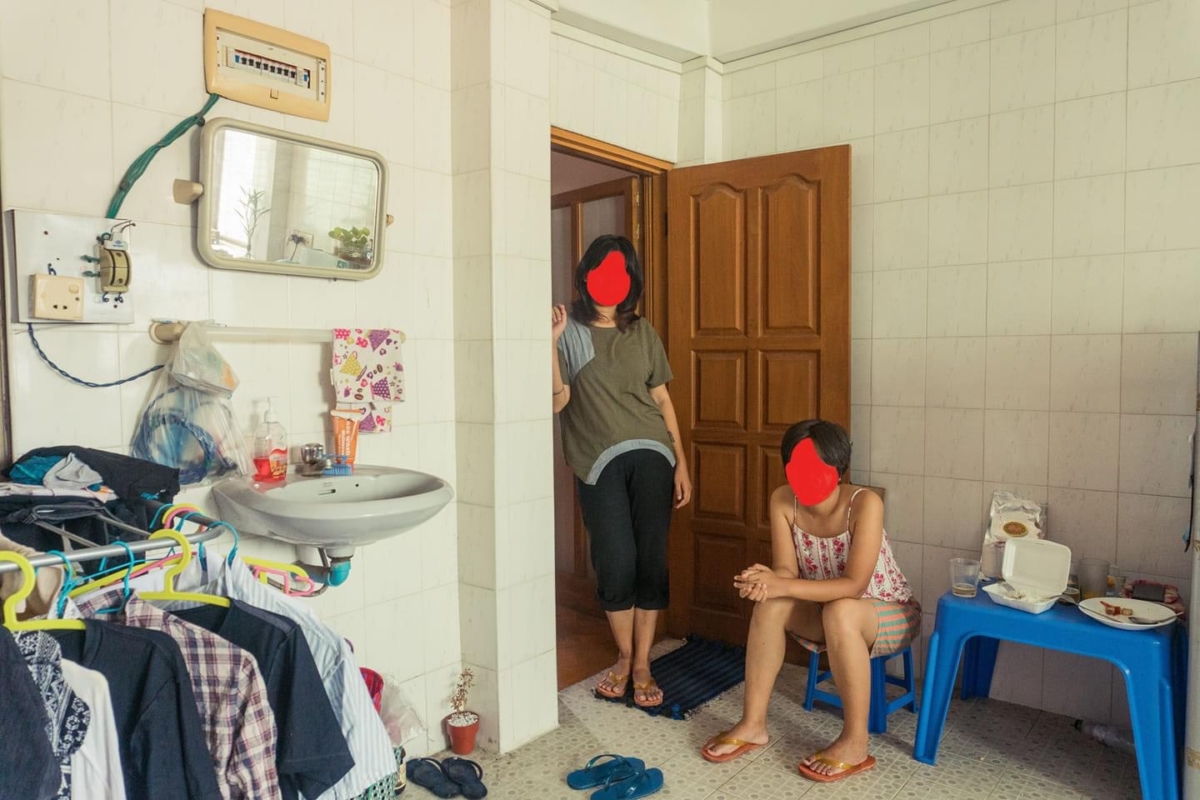 Inconvenience of expression in Myanmar

This project will reconsider the freedom of expression in Myanmar (and extended to Asian countries) while focusing on the female image of Myanmar by examining ways of expression activities of individual artists under the current difficult situation. It also mentions gender imbalances in Japan and attempts to open a circuit for discussions on “common issues” as ”the ones concerned” in Japan and Myanmar. This project expands these questions to various fields while deepening discussions, starting from residency production + interviews with Burmese artists, holding exhibitions, and symposiums (hybrid  of online + at venues).

Contemporary art in Myanmar has exploded across a wide range of generations during the years following the democratic movement of the 1980s and the military junta ruling of the 2010s. However, a coup d‘etat by the armed forces on February 1, 2021, detained the democratically elected national leaders, including Aung San Suu Kyi, who were at the center of democracy, and the military took the lives of many citizens, including pregnant women and children using forces, in response to the Spring Revolution movement or the CDM (Civil Disobedience Movement) that spread out across the nation. Peaceful protests, stating that the armed forces’ actions against peaceful civilian protests are unacceptable, are causing the consequences of unjustified detention, torture, and murder of artists. Expression activities in Myanmar have been severely tightened, and many poets, actors, film directors, and artists have been oppressed. Where should artists go when they have no place to freely express their artwork or studio space for productions?

The beginning of the project

The project has been in process for about three years with the aim of holding an exhibition in Myanmar titled Anonymous Women – Not the once Concerned. Through regular individual and group discussions using the Zoom app., we have had numerous dialogues with the “participant” communities and individuals who collaborate on research and productions.

“Anonymous Women” are the artists themselves and the Burmese women who are their subjects. The image of a woman as a subject is established by the subjectivity of the artist as another person. Therefore, it becomes a rhetorical dilemma that the individuality of the subject is abstracted to the extent when “the appearance that is different from the image of the subject that they themselves know” becomes clearer. But what if they had themselves as their subject? In that case, both the subject and the artist are the person concerned, but can the two parties be the same person? In this project, they are not only the object to be drawn but also the subject / the one concerned. Here, by providing the crown “Anonymous Women”, the subject and the object are reversed or obscured, and the participation of others is possible. Now, who is saying, “I’m not the one concerned”?

The implications of anonymity in Myanmar

A coup d’etat by the Armed Forces on February 1, 2022, forced a radical overhaul of this project. The holding of exhibitions in Myanmar has become desperate, and the continuation of daily expression activities for the artists participating in this project, especially in Myanmar, is in an extremely difficult situation next to personal danger. The meaning of the word “anonymous” has changed and weighs very heavily. In order to find a way out of this situation, it can be said that the formation of global public opinion and continuous support for Myanmar are indispensable. The main purpose of this project is to listen to the precious voices of the “anonymous women” themselves and to support the continuation of their expression activities. I would like to think about how to reach this stance “I am also the one concerned”, even within Japan, while forming a multi-layered network.

How do we communicate when we are immediately banned from expressing our identities?

The puzzling question was imaginative, but it did happen. There have been identities

in Burmese history that could not be described as “ anonymous” or “unnamed”. The Coup d’état in Feb 2021 transformed the third generations to study and survive as anonymous. This is exactly what happened in Myanmar at 2022, Now. More than 50% of Myanmar’s population is women. A large number of women were actively involved in this revolution. The first protester to be shot (Mya Thwet Thwet Khaing) was also a woman. We had very difficult time. One of us, who had been imprisoned before, was able to disguise her “work of art” and “artist name” and stay away from torture to death. We still have to remain anonymous in order to survive. We try. We want to try. Read what we have to say without knowing who we are. Let you hear. Despite the restrictions on disclosure, we still have a lot to talk about. We are happy to show you the fearlessness.

Longgyiロンジ（sarong for women) is important in politics. Conversations is killing like a thorn in the side. The female icon is a great recognition for the masses of women who have resisted national reconstruction. You will find it from the artists who want to remain anonymous. The relationship between human life, death and QR codes; One of the things the exhibition want artists/Burmese people to know is the responsibilities of the country on our shoulders, which we always carry on, make us feel overwhelmed, even if we are an anonymous artists. We worried and scared to use to stay with fear. Fear coexists with day-to-day affairs. We were ordered to kill protesters, poet and street photographer have been tortured to death, filmmaker arrested, burn down people alive, fired to the villages until yesterday and today. COVID-19 and Coup d’état  hit the thousands of lives away after 16th months of Junta. We fear that we will lose our loved ones. Today, our citizen are swallowing the freedom to laugh and be happy.

In the days when we had to run and hide, people in our country are running out of art they create. Things to talk about are spreading like blood all over the body. We were anonymous and did not want to be named. We speak out with what we have, what we does in our hands. Didn’t we marvel at the strength of anonymity as justice and emphatic as the world’s top secret anonymous hacker group boldly joined to stop wars? Anonymous hackers have been active in Russia, Calling for an immediately end to hostilities on Russia’s main military control website. The definition of anonymous was used by many criminals, but now it has changed dramatically.